The Iranian government is one of the most brutal human rights violators in the world. In the summer of 1988 alone, 30,000 political prisoners, mostly members of the People’s Mujahedin Organization of Iran, were executed in two weeks. The world knows this as the 1988 massacre.

The orders for the systematic execution of dissidents came from Khomeini himself, in the form of a fatwa (religious edict). His intention was to purge the country of any opposition, notably the main dissident organization, the People’s Mojahedin of Iran (PMOI/MEK). Khomeini’s fatwa set up the so-called “death commissions” which were tasked with vetting the ideological standing of prisoners. Many prisoners were only questioned for a few minutes by the commission. Those refusing to renounce their affiliation with the MEK were sent to the gallows.

The same government officials who were in the massacre of the people of this crime are now the leaders of the Islamic Republic of Iran and have not yet been punished by the world. The UN should investigate the 1988 massacre in Iran. This is the desire of the Iranian people.

Iran is a rich country, but the mullahs use the wealth of the Iranian people for terrorism and corruption because their extremist ideas do not allow them to properly understand the problems of the people. Therefore, they have to carry out terrorism and repression in order to continue their government so that they can guarantee their own government by creating fear in society and in the world. Of course, this is one of the best-known methods of world dictators. But the difference that the ruling dictatorship in Iran has is the religious role that gives them the potential to attract the thoughts of others.

The Islamic Republic of Iran is the main source of inspiration for radical Islamic groups in the world, including Al Qaeda in Saudi Arabia, the Taliban in Afghanistan, ISIL in Syria and Iraq, And Hezbollah in Lebanon and Hamas in Palestine and so on. Because it is the first Islamic state to hold political and religious power.

These terrorist groups admit to their dependence on Tehran. This mercenary is also proud of them. Hassan Nasrallah, the Hezbollah leader of Lebanon, has made this clear:

At the same time, the interference of the Islamic Republic of Iran in Iraq, Yemen, and Syria is very mortal and devastating, causing instability in the Middle East.

But the Iranian people have never been satisfied with this criminal regime for 40 years and the executions that the Mullah regime has carried out against them, and they have always been resurrected against it. 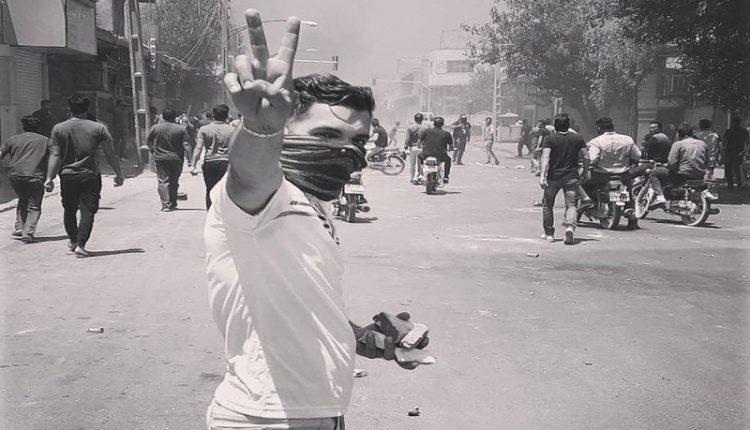 Popular uprisings in Iran have peaked since 2018 and so far continue. It is enough to note the one month of popular uprisings in Iran. The report shows that, despite 40 years of dictatorship of the mullahs, they are facing a nightmare overthrow at any moment.
It remains like a spider’s house that never has stability. 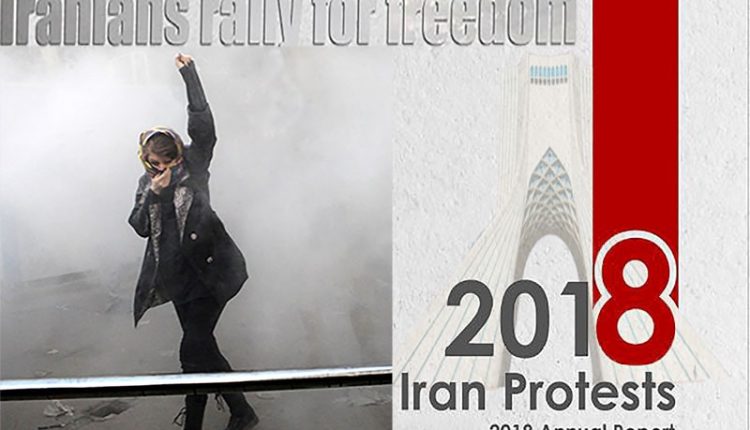 On March 7, After months of hesitation, Ebrahim Raissi was officially appointed by the Iranian Supreme Leader, Ali Khamenei, to head the judiciary of the regime. The long hesitation is explained by the fact that Raissi is known to Iranians as one of the main instigators of the greatest political massacre after the Second World War — the killing of 30,000 political prisoners in 1988.

Why Raissi at the head of the judiciary?

It still remains a legitimate question: Why did Khamenei need such a hated character at the head of his judiciary? We know that the Islamic Republic does not lack pawns cruel enough to accomplish this task, without having to display the one whose name is equivalent to genocide, whose name the Iranian regime would do everything to make it forget.

Raisi’s appointment by Khamenei proves once again that as the head of the crisis-stricken theocratic regime, he finds no other solution than a hard turn towards further repression in order to contain the crisis of the coming new Iranian year (starting March 21, 2019).

KEN BLACKWELL Former Secretary of State, UN Ambassador, in his article he explained: The appointment of Cleric Ebrahim Raisi as head of the Iranian judiciary on Thursday was met with wide-ranging international condemnation. Statements from groups such as Amnesty International have highlighted Raisi’s record as one of the most brutal figures in the modern history of Iranian jurisprudence, owing especially to his leading role in the massacre of 30,000 political prisoners in the summer of 1988.

The National Council of Resistance of Iran echoed this criticism. It has sought over the years to bring broader international attention to the massacre. This is to be expected, since the NCRI’s main constituent group, the People’s Mojahedin Organization of Iran (MEK/PMOI), was the main target of the bloodbath which sought to wipe out organized opposition to the theocratic system.

The U.N. special investigator on the human rights situation in Iran, Javaid Rehman, said the country faces myriad challenges, many related to rising inflation and deteriorating economic and social conditions such as late or unpaid wages, food shortages and lack of health care.

A report critical of Iran’s human rights situation and its crackdown on people protesting declining living standards is under review this week at the U.N. Human Rights Council.

The U.N. special investigator on the human rights situation in Iran, Javaid Rehman, said the country faces myriad challenges, many related to rising inflation and deteriorating economic and social conditions such as late or unpaid wages, food shortages and lack of health care.

The supporters of Iran’s resistance abroad have repeatedly expressed their wrath against this anti-human government during recent demonstrations in recent months. 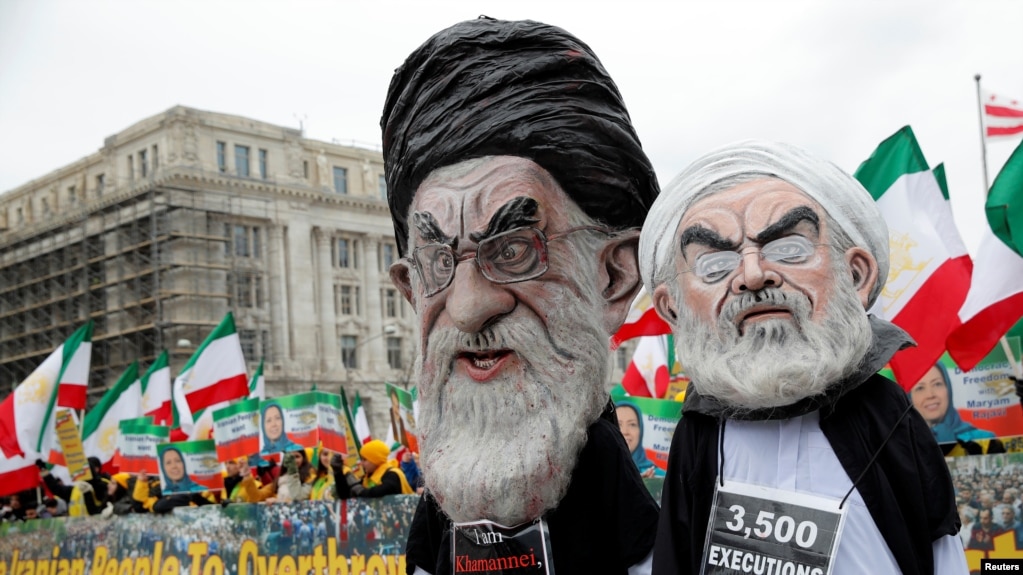 Protesters yell behind effigies of Iranian President Hassan Rouhani and Supreme Leader Ayatollah Ali Khamenei to rally for government change in Iran during a demonstration in Washington, March 8, 2019. Hundreds of people turned out in Washington demanding regime change in Iran and denouncing “atrocity toward the people” under Tehran’s regime.

An announcement by the U.N. on Wednesday said that Iran and Nigeria, another country that is no stranger to human rights abuses, would be promoted to the international organization’s Committee on the Status of Women, which oversees abuses committed by oppressive states, such as Iran and Nigeria.

Foreign policy observers on Twitter were quick to condemn the decision and bemoaning the U.S. taxpayer dollars that are used to fund such committees.

No joke: the Islamic Republic of #Iran was just appointed to the @UN_Women's rights committee that judges complaints of women's rights violations.

It was just after Nasrin Sotoudeh, a lawyer and human rights activist in Iran, was sentenced to years in prison and flogging. 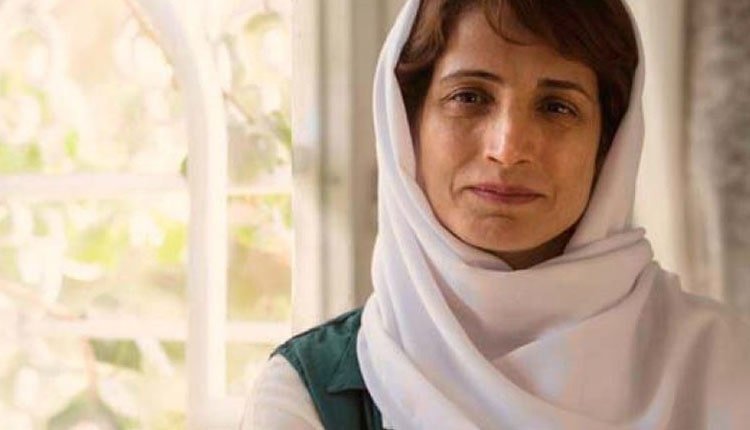 This UN action only expresses its indifference to the suffering of the Iranian people. And it gives us the message that the Iranian people themselves have to go through the path of freedom and reach the victory and democracy that deserves the name of Iran.

As a result, I support the Iranian resistance and, as Mrs. Maryam Rajavi, the president-elect of the National Council of Resistance of Iran, said:

THE REGIME’S OVERTHROW IS CERTAIN, IRAN WILL BE FREE